Lady Margaret Hall has decided to withdraw its Foundation Year course for Law, which was set to start in October 2022, citing a lack of Law tutor availability.

It has now been revealed that the course withdrawal was due to a decision made by LMH to not take any students for law, contradicting the previously given reason which cited a lack of Law tutor availability. Sahil Thapa, a second year law student at St Catherine’s College – as well as  a mentor with Zero Gravity and an Access Ambassador with the Oxford Law Faculty – attests to the fact that the following is a conversation with the Law Faculty, who are upset with the college: 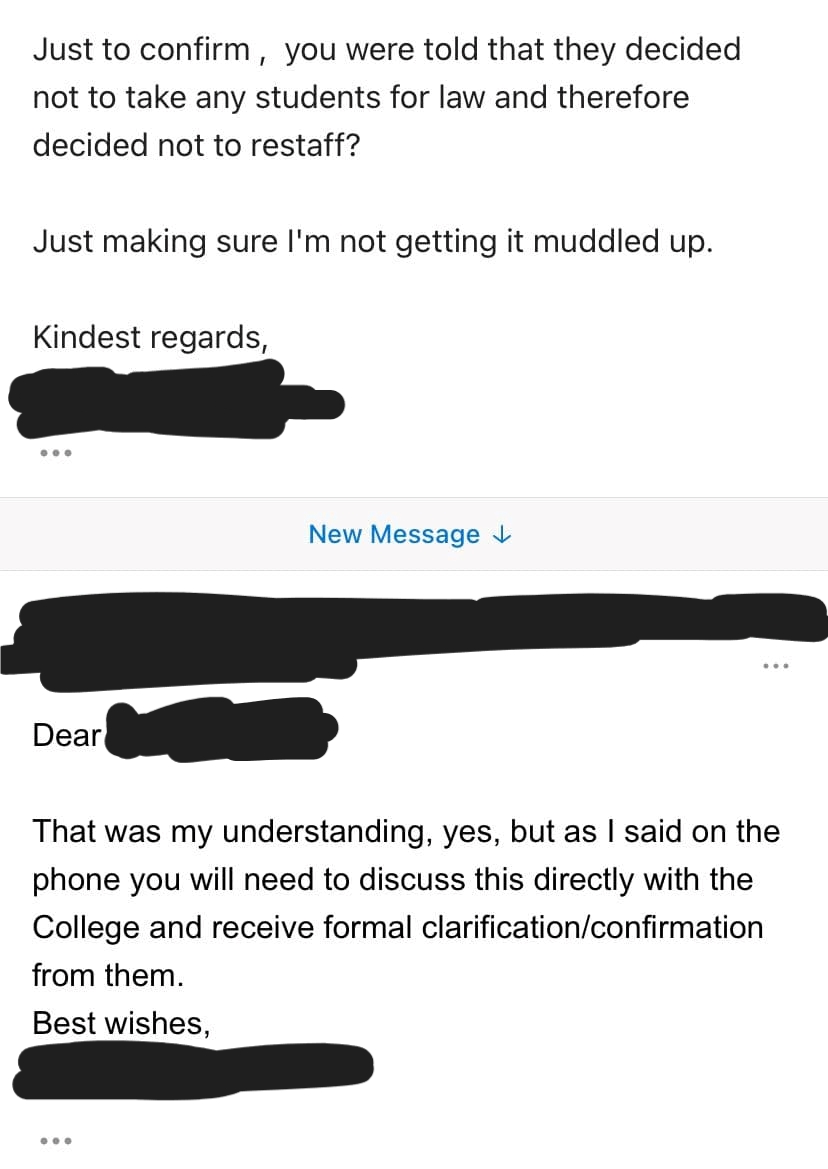 Thapa’s mentee, a South Asian girl from a single-parent household entitled to free school meals, has been directly impacted by LMH’s decision: “My mentee is very distressed, especially because she is in the middle of her A-Level exams. I am extremely disappointed, because this demonstrates a lack of effort on behalf of an Oxford college which essentially sold dreams to disadvantaged students, even going so far as to interview them. We can do better than this.”

Thapa’s Instagram post has amassed 1,476 likes as of the time of writing (1pm, 08/06/2022), drawing the Oxford student population’s attention to the withdrawal of the Foundation Year course. The application process was a lengthy one. In March, applicants were informed that interview shortlisting results could be delayed by a fortnight. Interviews were conducted on the 28th of March. However, the result of the interview was delayed until the end of April, at which point it was declared that the whole programme was now withdrawn.

A petition has been created, demanding that “LMH reinstate their Law Foundation Year for one more year, or make efforts to create alternative arrangements for the students affected until the university-wide Astrophoria Foundation Year is introduced in 2023. As for these alternative arrangements, they could include a fast-track through some of the stages of the application for the BA in Law, or the Astrophoria Foundation Year, for example. I am, of course, open to discussions to reach an amicable solution”, says Thapa. At the time of his response, (7th June at 4pm), the petition is at nearly 400 signatures in less than 24 hours after its launch.

“Many students at Oxford currently, including myself, benefited from a vast array of resources during the application process, and continue to study in a comfortable home setting. Students from lower socio-economic backgrounds suffer from much greater institutional and extra-institutional disadvantages. This might be from a difficult financial situation, or from being wrongly convinced by some authority figure that Oxbridge isn’t for ‘people like them’. The obligation which institutions within Oxbridge have to promote increased access is surely at its strongest when they actually induce legitimate expectations in students of the chance to try and secure a world class education.”

Lady Margaret Hall and the Oxford Law Faculty have been contacted for comment.