I’ve always aimed high and worked hard. It’s who I am. If I’m honest, I didn’t know what failure was until Year 7, as I sat facing my classmates in the school changing room.

My physique, up to that point, had seldom given me grief. Why should it? It never got in the way of sporting or academic success.

Yet when you ride an ego high for so long and in so many respects, you end up depending on all-round perfection for the slightest feeling of self-worth. In hindsight, the higher and longer I climbed, the harder (and easier) I fell.

Indeed, all it took to push me tumbling from my perch into the bottomless pit of self-doubt and insecurity was the occasional throwaway comment, which I thought I’d shrugged off at the time. But these words translate into wounds in the subconscious. They clot, they scab, they scar — and what rubbed salt into these wounds was that, as puberty took hold, I had just begun to care. That is, about being deemed attractive. I wanted to be wanted, to be desired by someone special. A perfect storm was brewing amid the jibes and raging hormones, and I could think of only one refuge: I had to lose weight.

This, of course, was the equivalent in my metaphor of taking shelter under a tree: it might feel reassuring, but you’re at far greater risk from the lightning. Sure enough, I would soon be struck down.

In the meantime, the reassurance — the restored self-confidence — was all that mattered to me. Instead of being jeered at for having eaten too much pizza, I now received compliments for cutting down on mamma’s meatball sauce.

Gross stereotyping of Italian culture notwithstanding, I was flattered — but also trapped. This positive feedback, this positive reinforcement, propelled me round a vicious circle. Weight loss led to gratification, which in turn vindicated the weight loss. I calculated calories to decimal points and weighed myself multiple times a day; I locked myself in a corner of the house and exercised my body to exhaustion; I swore off certain foods and opted always for low-fat alternatives; I postponed and prolonged meals to assuage the physical and psychological anguish. The obsession with trimming down and the anxieties it produced were thus indulged and appeased by compulsions and the relief they brought in tow. It was the first engagement in a protracted personal struggle with obsessive-compulsive disorder (OCD).

My parents, naturally, worried for me — but body dysmorphia had taken me in its clutches and wrenched me from reality. The mind chatter was interminable, its message loud and clear: you’re not good enough, do better. How are you meant to get through to someone already so far gone?

Well, it helps to be a medical professional with indisputable data to hand. After almost fainting whilst crossing a busy A road, I was whisked to A&E and told my heart-rate and haemoglobin levels were both dangerously low. The doctors put me on iron supplements and advised me to take it easy, and that was the end of that (for now). 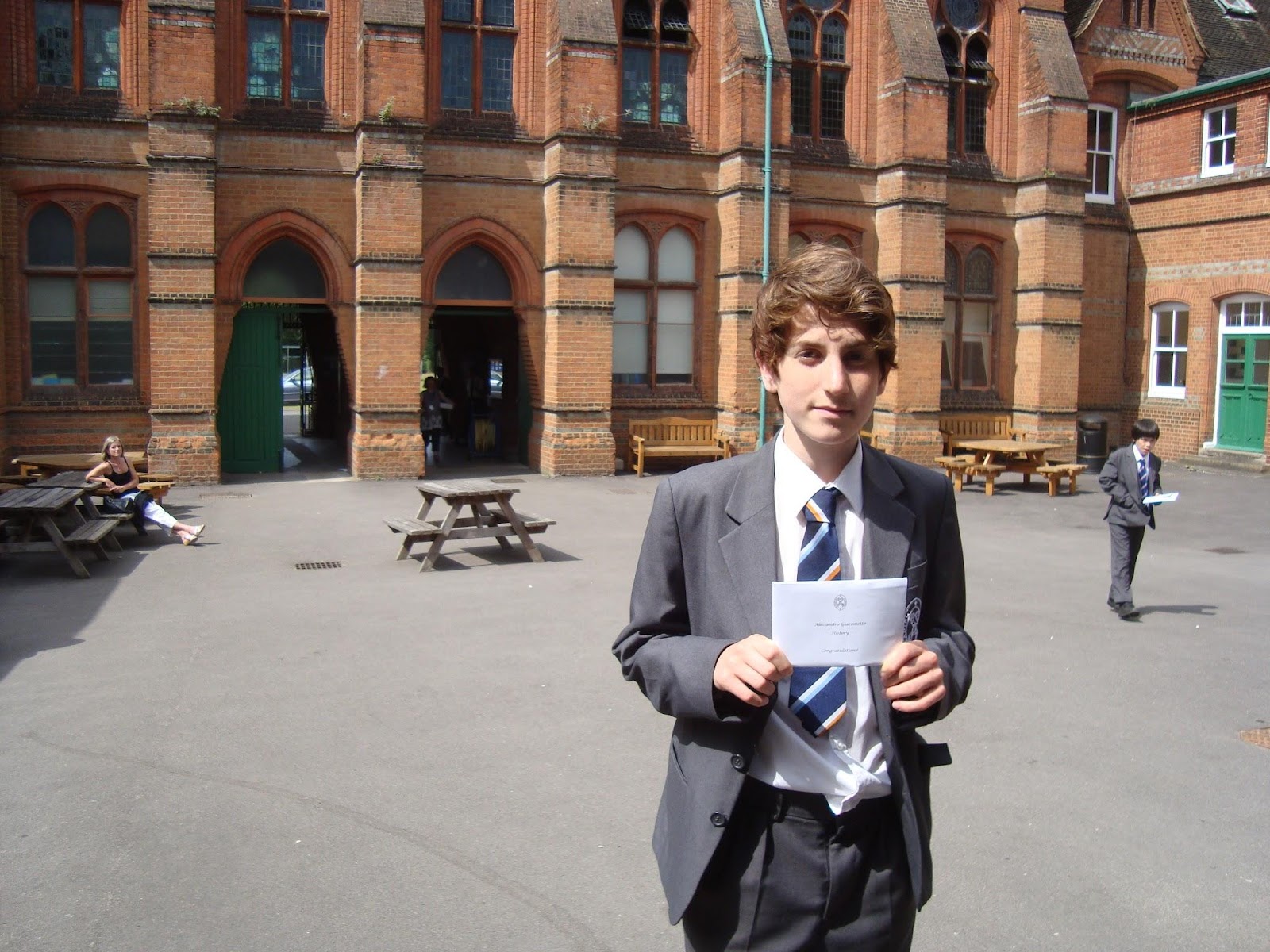 In the wake of this reality check, things settled down somewhat. My parents and I discussed healthier ways to keep me feeling fit and accomplished. I joined the local athletics club, and a veneer of normality set over my existence. I was once again eating properly; I felt comfortable in my own skin; exploits on the running track gave me something to take pride in. That was why I did it — because I was good at it. At least, in part.

In truth, seeing as I hadn’t attacked my body-image problems at their roots, they had simply grown back in a subtler colour. Athletics was little better than a formal, more structured stand-in for the starvation tactics of before. And it was no less a cause for distress. So, to amend my earlier statement: I did it not because I liked it, nor (really) because I was good at it, but because, as far as I was concerned, it was that or being the fat kid. God help me if for some reason I were forced to stop running.

In September of Year 10, that’s exactly what happened. Having overexerted myself in the impossible pursuit of perfection, a metatarsal stress fracture put me out of action for weeks.

And my world fell to pieces before me.

I’d come to know no other way than to exercise obsessively. Anything less than a ‘perfect’ maximum of effort was anathema to the voice of OCD in me. So it compelled me to compensate in every way imaginable — in short, by being physically hyperactive at all times.

Before I knew it, I’d lost control of my own body — lost the basic ability to be still, to walk straight, to cross roads or climb steps without sprinting at full pelt.

Getting up, getting dressed, getting from any one place to another became ordeals that filled me with the utmost dread. If a movement wasn’t executed ‘perfectly’ (i.e. as exactingly as possible), I would need to reenact it until things were done right or I broke down in body and/or mind, paralysed by the enormity of the task that lay ahead.

I wanted nothing more than for it all to just stop. Interpret that as you will.

But there was no halting the juggernaut; the compulsions carried all before them. I had to run up and down the stairs six times after waking up; lunch had to start no earlier than 14:00, and dinner to finish after 20:15. Food had to be chewed for minutes on end — with meals strung out for hours — to convince myself that I wasn’t starving and that I wouldn’t starve later, either. No matter how many injuries I sustained from my fits of uncontained movement, no matter how degrading it was to feel like a freakshow in public and in front of my friends, it was always harder — always more acutely distressing — to resist a compulsion than to bear the consequences.

OCD, then, took over my life, eroding my ability to function as a friend, as a student, as a healthy human being — until nothing remained but the relentlessly turning wheel of obsessions, anxiety, compulsions, and relief. I was physically and socially a shell of my former self, severely underweight and reliant on the compassion of others.

Here’s the thing about compassion, though: it is widely and willingly offered because, generally, people care. This was brought to light amid the darkness of my lowest moments. People will surprise you with their goodness of heart; it hurts to see others hurt, especially friends and loved ones. You might say it’s human nature. Thus compassion isn’t conditional on anything; on the contrary, friendship and humanity are conditional on compassion. To ask for help therefore incurs no debts and imposes no burdens. It is not to ask for anything that isn’t expected freely to be given. It follows that there is no shame, no guilt, in making such a request. The shame instead falls on the shoulders of a culture that allows such feelings to exist, because it worships self-sufficiency and stoic individualism, measuring strength against stability and independence. If sufferers of mental health conditions sometimes need a shoulder to lean on, if inevitably they experience peaks and troughs in their wellbeing, it is because they are fighting a constant battle just to lead a normal life. Surely this is a testament to their strength and force of will?

Had I heard this some six to nine years ago, it might have spared me some pain. As it was, I opened up only on being pushed, persuaded as I was that my parents and peers would think me insane if they knew what went on in my mind. Of course, such self-reproach is part of the problem, as irrational as the obsessions and compulsions themselves; for those who hold you dear obviously do so for a reason. Their instinctive reaction to hearing of your troubles will not be one of judgement but of solicitude.

In a way, though, I’m thankful things turned out as they did, thankful for what I learned about my demons and how to subdue them, thankful to have had a name put to my disease, and for being so fortunate as to receive the required treatment — a course of antidepressants (sertraline) and cognitive behavioural therapy (CBT).

I couldn’t say exactly what it was that turned the tide, but the stars seemed to align when I at last let others in; when I let myself be helped, unable to help myself.

Having nipped the monstrous growth not in the bud but in full blossom, things actually got worse before they could get better. The recovery process, though remarkably rapid (a mere matter of months), came with time, and not without snags.

Nor, I must add, has it been all smooth sailing since. I (probably) permanently stunted my growth through years of undernourishment — and my height (or lack thereof) torments me to this day. Every time I’ve come off my meds, moreover, body hatred and transformation have invariably reared their ugly head, as often as not against the backdrop of a depressive episode. The most recent occurrence was after Prelims last summer. From July to October, I shed somewhere in the region of ten percent of my bodyweight.

The OCD survives into the present, if attenuated, persisting in my perfectionism and my shunning of full-fat foods, for example. The reading and writing of essays and articles (this one included) takes me twice as long on account of my obsession with every particular.

But at least now my ears are attuned to the early warning bells: when I begin to obsess over and to compulsively control my diet, I know something is wrong. And I now know how to fix it. When the demons attack, which habitually they do, I know how to mount a defence.

I will always be obsessive-compulsive. The difference is that now it’s no longer malignant, no longer a threat to my welfare. Perhaps most importantly, the world now knows.

Here’s to hoping that stigma and silent suffering are soon consigned to our collective past.

If you are affected by any of the issues raised in this article, please visit Mind, Young Minds, Beat Eating Disorders, CYPMHS, Samaritans or OCDUK, or talk to your GP.