On my first trip to the Alentejo region I visited the city of Évora, the region’s charming capital. Évora is characterised by its dramatic landscapes, beautiful white buildings with orange roofs, and its cuisine. This time, I decided to make a trip to a possibly lesser-known place in the region, the border town Elvas.

Elvas (pronounced El-vash) is a town in the very west of the Alentejo region, around two and a half hours by coach from Lisbon’s Sete Rios station. Elvas is situated right on the border with Spain, only eight kilometres from the Spanish town of Badajoz. Due to Elvas’ geographical location, on a hill by the Spanish border, the town was heavily fortified in an historical attempt to thwart potential Spanish invasions. Conflict between Spain and Portugal over control of the Iberian peninsula has existed for centuries; in fact, the Portugal-Spain border has its own word in both languages, a raia in Portuguese and la raya in Spanish, and it is one of the oldest in the world.

Although fortunately no longer needed, Elvas’ castle and forts have been wonderfully preserved and, rather than being used for strategic military purposes, they now make for a fascinating walk around the town, offering wonderful views of the surrounding countryside. Elvas is so close to Spain that you can actually see the Spanish town of Badajoz from the top of Elvas’ castle. These structures, including the breathtaking city walls and the town’s historic centre, have been designated a World Heritage Site – and deservedly so, as they are spectacular. 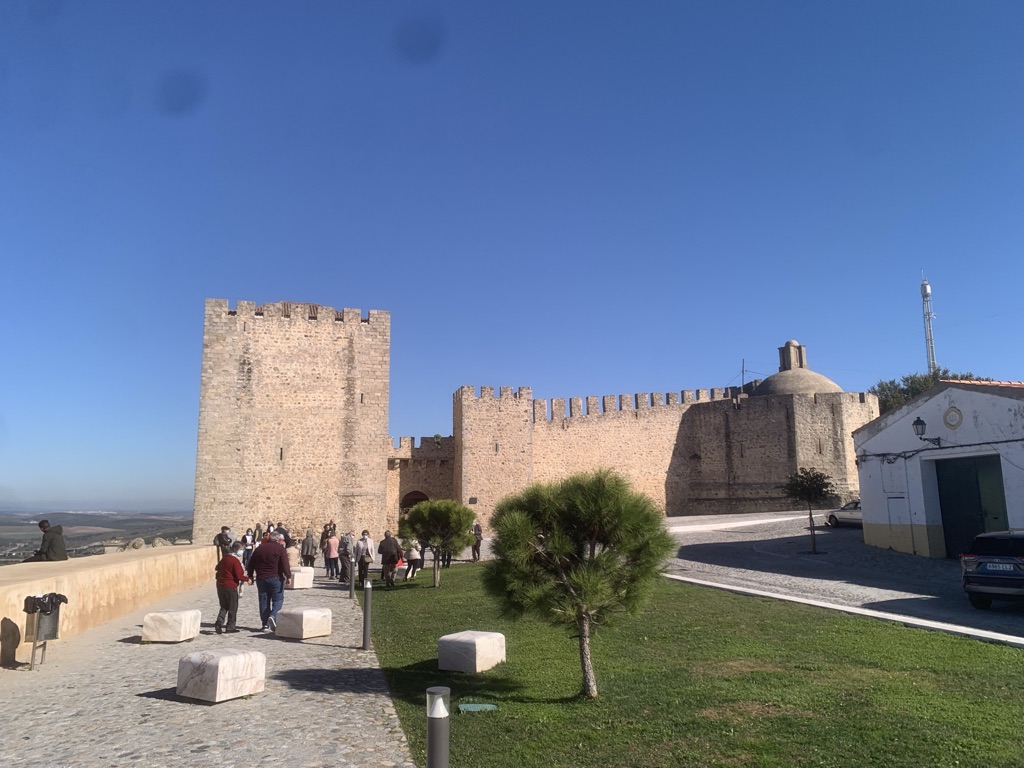 Elvas’ fortifications are breathtaking; not only are they immense and imposing, but they are also impressive pieces of architecture in their own right. There are two star-shaped forts, the Forte de Nossa Senhora da Graça to the north and the Forte de Santa Luzia to the south, both built on hills outside of the main town. Visible from the castle, they face Spain and completely dominate the surrounding landscape. As if the castle and forts weren’t protective enough, the perimeter of the town is also protected by enormous defensive walls, the largest of their kind in the world, which offer stunning and comprehensive views of the surrounding area and the historical centre of the town itself. 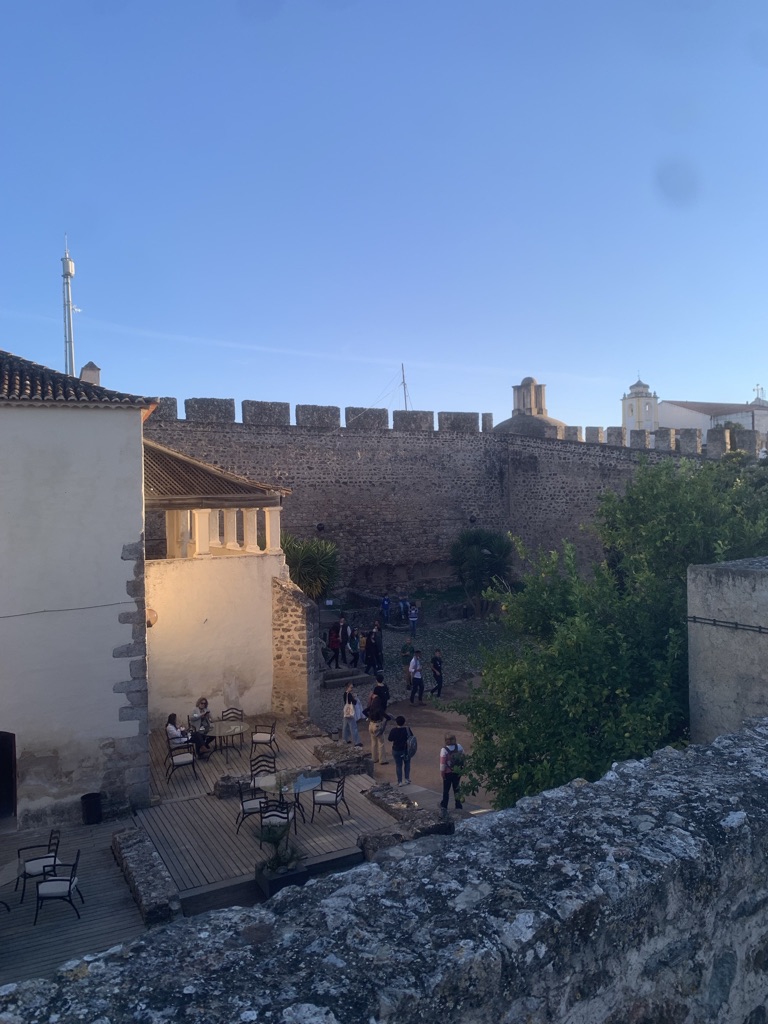 When I plan these trips, I tend to vaguely plan where I want to visit and work out how to do it. However, it’s also great to arrive in a place and spontaneously visit interesting places that you come across simply by walking around. The Cemitério dos Ingleses, or, the Englishman’s Cemetery, was one of these discoveries. Perched on the hilltop on the edge of the town, this is a cemetery where British soldiers that fought in the Peninsular Wars of the early 19th Century were buried, making it one of the oldest British Military Cemeteries in existence.

The strategic location of Elvas and its significance in military history are both fascinating topics, but the town centre is also beautiful and has a lot to offer in the way of culture. To enter the town you have to go over a bridge that passes over the moat, which in turn takes you to the grand Portas de Olivença which acts as a huge door to the city. Then, to reach the centre, you have to navigate a narrow winding street that leads into the beautiful main square, the Praça da República. The square itself is a piece of art. I sat outside one of the cafés there, enjoying my daily pastel de nata and coffee while gazing into the hypnotic tiled mosaic which, from certain angles, appears to be 3D.

On the square, you will find one of Elvas’ churches, the Igreja de Nossa Senhora da Assunção, which was designed by Francisco de Arruda. Arruda also designed the nearby Amoreiras aqueduct and what is probably Portugal’s best-known landmark, the Torre de Belém, or Belém Tower in Lisbon. The castle is also a great place to visit; for only a few euros, you can climb to the top and walk the whole perimeter. It’s a great place to admire the countryside and to gaze at the spectacular sunset. The town is full of historical sites, for example, an arch in Elvas called the Arco do Miradeiro. It would be quite easy to just walk by it, but there is a sign indicating that it forms part of the old city walls and was built by the Moors using stone that was cut by the Romans. I found it amazing that, in one structure, there is evidence of two of the major civilisations that have moulded both Elvas and Portugal. 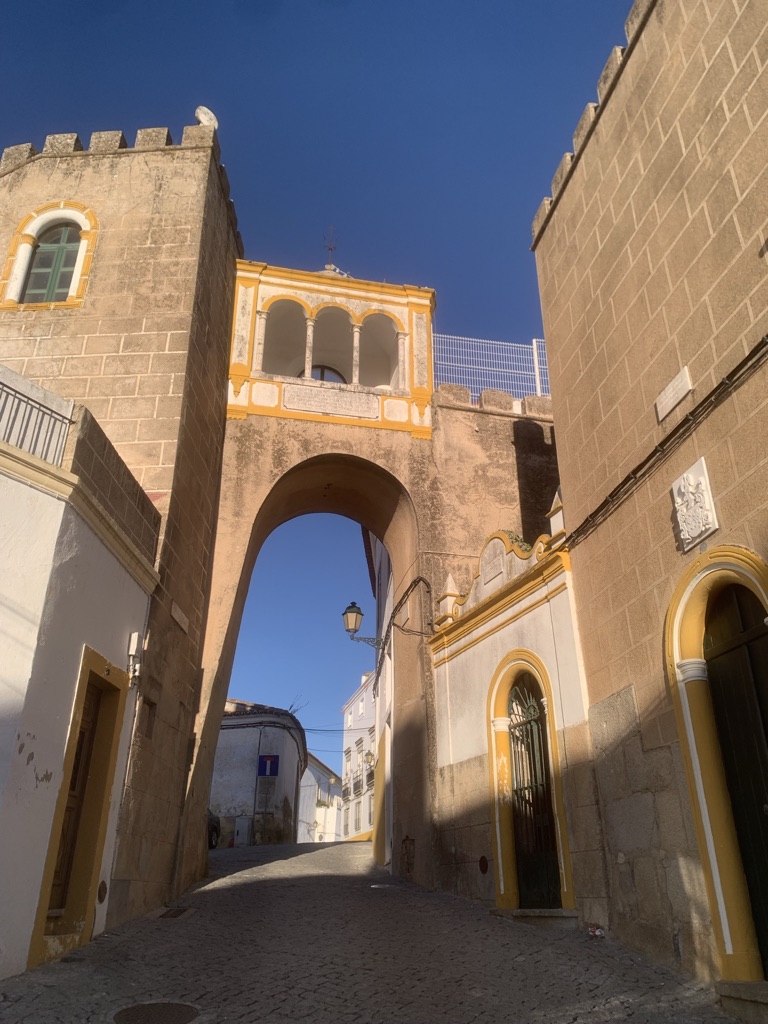 Given the town’s proximity to Spain, the linguistic situation in Elvas is fascinating. It was bustling with both Spanish and Portuguese people, residents and visitors alike and, for that reason, many people there speak a sort of Portuñol. This is a mix of Spanish and Portuguese in which the languages are used simultaneously, using words from both languages in the same sentence. When I ordered a can of pop at one of the cafés, the man serving spoke to me in Portuguese, but he then asked if I wanted ice in Spanish. I asked a woman for directions to the city walls in Portuguese (you can walk around the whole town on the city walls for free) and she responded in Portuguese, with some Spanish words in a markedly Andalusian Spanish accent. It was a truly unique situation that, as a Spanish and Portuguese student, I found fascinating.

The only problem that I encountered in Elvas was that as a small town, after 8pm, almost everything was closed – even on a Friday night. If you visit, I would recommend having an early dinner or bringing food with you. Luckily I’d brought some Lay’s Campesinas crisps with me (if you’ve never had that flavour, you should definitely go to Portugal and give it a try).

While the fortifications are breathtaking and the military history is fascinating, Elvas is also historically significant in other ways too. Like many other towns and cities in Spain and Portugal, Elvas was home to a significant Jewish community up until the late 15th century. In Elvas there is a very informative museum called the Casa da História Judaica about the lives of Elvas’ Jewish community and the awful discrimination that they faced there until they were forced out of Portugal. Situated just a couple of doors down from the former synagogue, the museum is very informative about the history of Jewish people in Elvas and in Portugal more broadly, and I would certainly recommend visiting it.

Elvas is a really great place to visit and I would thoroughly recommend it. It would be an ideal place to visit when doing a road trip through the Iberian peninsula, or if you visit Lisbon. It’s certainly off the beaten track, and has some wonderful historic sites to visit. 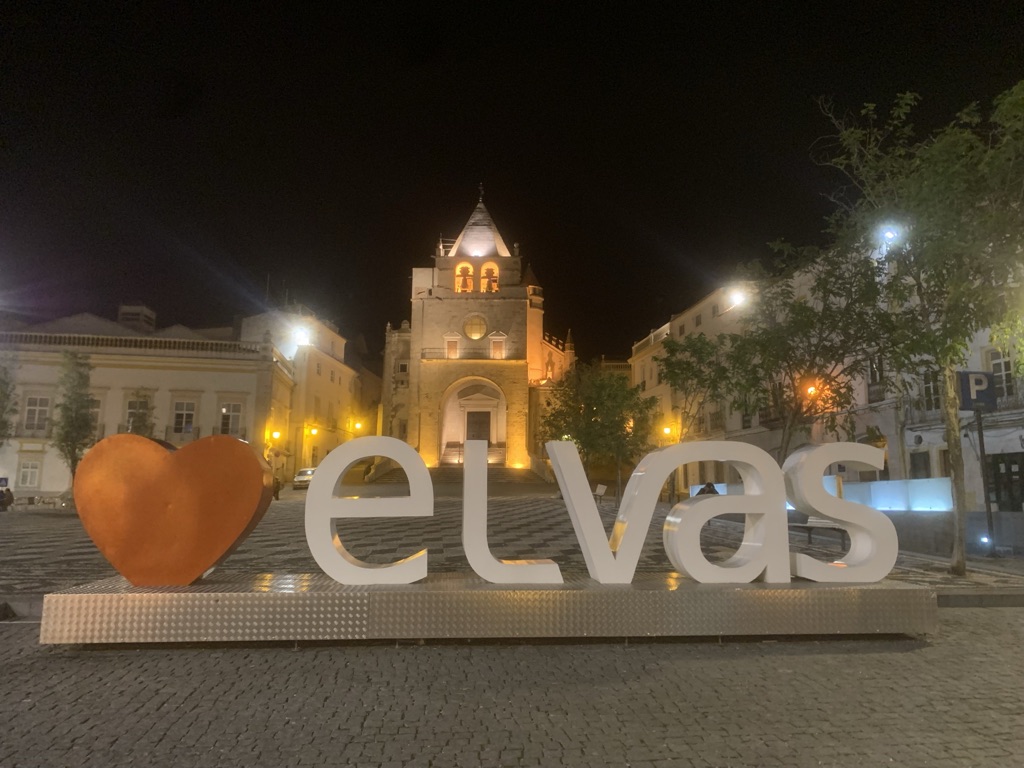